No surprise, it was bound to happen – retailers competing against Amazon certainly aren’t keen on the idea of giving Amazon money for their computing services! Snowflake was recently announced as available on the Microsoft Azure platform and is no longer exclusive only to the Amazon AWS cloud platform.

The system interact with Azure Blob storage similar to Amazon S3. As of this writing, it is currently in public preview mode. Snowflake is expected to be fully released as Generally Available (GA) in September 2018. One interesting thing of note is that the compute cloud nodes spun up are each cloud environment’s own; Snowflake doesn’t come with its own new resources on AWS for example, it uses AWS EC2 compute to create the virtual warehouses employed in its architecture.

I find Snowflake vs. Redshift on AWS to be a no brainer – Snowflake all the way. I’ve never found Redshift to be that interesting; its history was as a columnar database that nobody found exciting enough to buy (ParAccel) – and none of the columnar databases in particular seemed to really gain that much success anyway; Vertica and Greenplum seem to pale in comparison to other offerings like Teradata, Exadata, and Netezza. They were too complex to be interesting and 10/10 I’d rather have my jam be on Netezza up until discovering how interesting Snowflake is and how clever the Snowflake architecture is. I think Redshift’s real selling point is some of the complexity was managed away by the cloud – but it was also cheap to start, unlike some of these much better – but much more expensive – on premise solutions which were adopted.

On Azure there is a bit of a more interesting fight among the platforms between SQL Server and SQL Data Warehouse; I’m also interested in if the latter is fundamentally based on the former, or if it’s based on the on-premise Parallel Data Warehouse (PDW) solution which Microsoft bought, later rebranded Analytics Platform System (APS). In either case, it seems pricier than Snowflake and per the documentation it seems quite a bit more heavy on the traditional complexity we see when adapting old databases to become cloud friendly, so whether on AWS or Azure I would still lean heavily into my data warehouse default choice being on Snowflake. 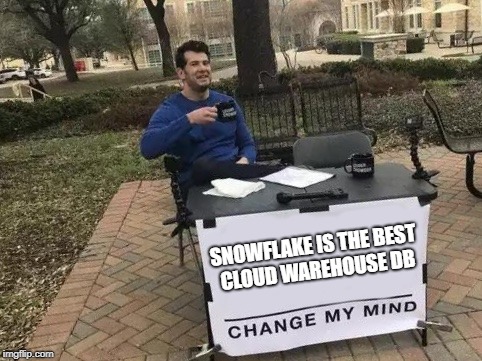