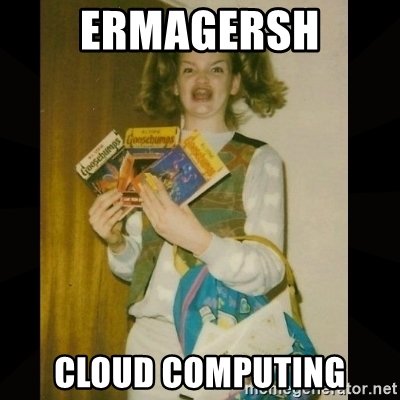 IBM was rolling out Bluemix when I was working there, which has now been renamed to IBM Cloud. Bluemix is probably just a subset of it today is my guess. As a Platform As A Service (PAAS) it provides a space for you to just work on an application rather than have to set up the infrastructure for it; it’s also a good place to learn about cloud options and use an environment without having to go through the effort of setting up one for yourself.

IBM has an account option called IBM Cloud Lite which is totally free, up until a quota you are unlikely to meet if just using it as a play around account. There’s a bunch of built in tutorials; there’s quite a few more on youtube as well.

The only rub of the Lite account is that your stuff isn’t necessarily around forever. For image classification/visual recognition for example, the plans are noted here: https://console-red.ng.bluemix.net/catalog/services/visual-recognition?env_id=ibm:yp:us-south – the Lite plan has pretty generous usage, but also notes services are deleted after 30 days of inactivity. For an image classification project I tried, that 30 days of inactivity was defined as 30 days without an API call. In the mean time upgrading to the standard plan isn’t so awful, as if no one is calling your API, then you don’t have to pay for it either, plus your stuff sticks around. Although it doesn’t seem like there’s a free option during development there either? I shall update this as I come to understand the offerings more clearly.